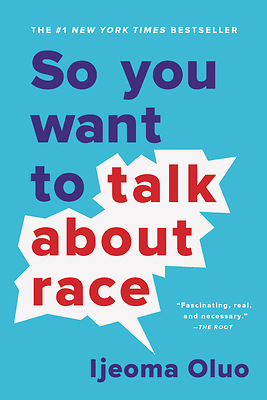 Like many well-meaning and awkward white people who want to be better allies in anti-racism, several of my colleagues and I have formed a reading group to do some self-educating. This book, we all agreed, is going to be a very useful teaching tool in our undergraduate classrooms. Chapters on police brutality and the school-to-prison pipeline were particularly valuable to me. Oluo explains most of her big terms very clearly. One she did not explain as clearly, though she uses it throughout, is White Supremacy, and that’s the one I would need most help with, when talking to my friends and family members who do not believe in concepts like privilege, or that racism is (still) systemic. The other critique I had of the book is that when she discusses rap in the cultural appropriation chapter, she appears to forget her argument in favor of intersectionality and overlooks the sexism and misogyny in lots of rap and hip hop culture more broadly. I’d supplement that chapter with (for starters) Aya de Leon’s spoken word piece “If Women Ran Hip Hop.”