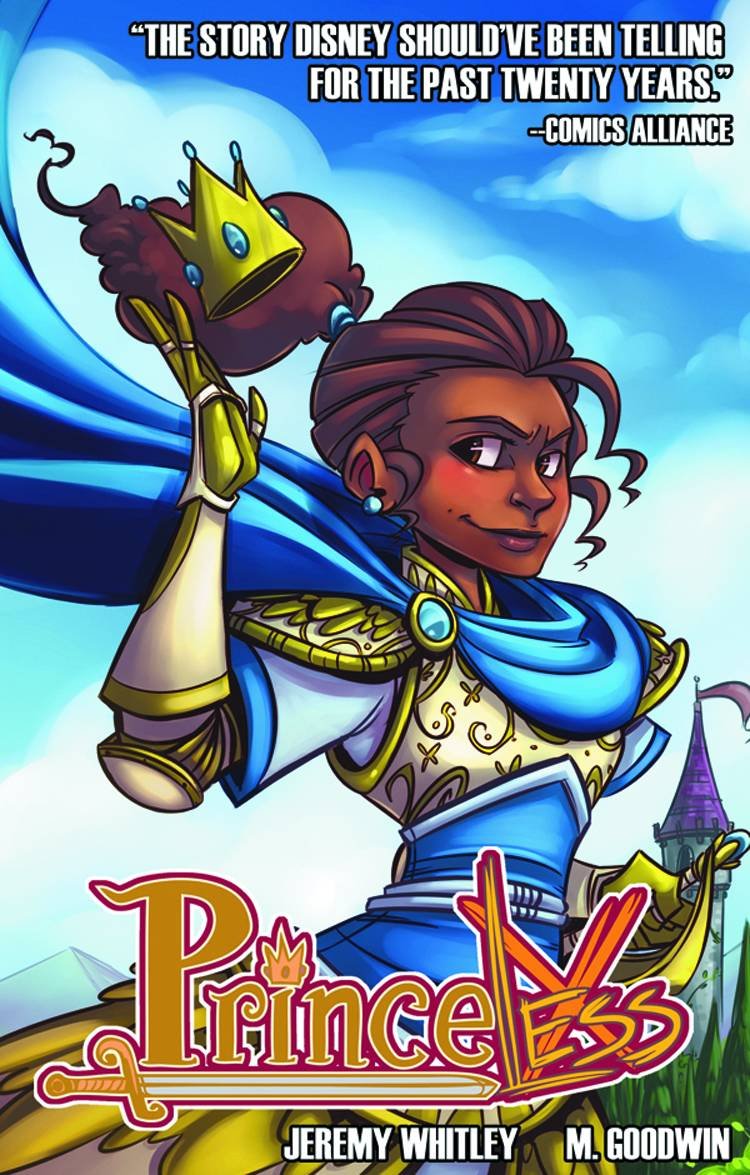 Last year, I sent a good friend a copy of Bitch Planet vol. 1 because I wanted to share the awesome. This year she returned the favor by sending me the first volume of Princeless. This comic series is sheer brilliance. Princess Adrienne subverts the princess trope in a million ways, beginning with the second page when, as a young girl, she calls the traditional princess story that her mother’s read to her “sheer hogwash” and goes on the deconstruct the plot. She ends up locked in a tower by her parents, like her five older sisters before her, guarded by a dragon who has been bred just for the purpose of being slain by some bloodthirsty prince trying to win a wife. But Adrienne makes friends with the dragon, manages to escape the tower, and embarks on a quest to rescue her sisters from their towers.

Adrienne rejects the role of damsel in distress and decides to become the rescuer instead: to do so, she needs the armor of a proper knight. That’s difficult to come by, given that in most western cultural mythology it’s men who wear the armor, have adventures, embark on quests, etc. There is a literary precedent for a girl demanding proper-fitting armor–Cornelia Funke’s fantastic Igraine the Brave, about a girl whose magician family respect her desire to become a knight and make her a magical and perfect-fitting suit of armor. Adrienne ends up meeting a teen girl named Bedelia (best name ever for a strong female character?) who’s thrilled to have the opportunity to design a line of armor for warrior women. In fact, this is the funnest chapter in the entire volume, titled “On Sexism in the Armour Industry.” The chapter takes a serious jab at the outfits worn by Wonder Woman, Xena, and Red Sonja. At one point, Adrienne puts on “The Diana” and gets cat-called as she runs through the town. It’s totally brilliant.

Anyway, like all comics, this one ends abruptly and leaves me wanting more. There are several more volumes of it somewhere out there, and I keep meaning to go to my local comics store to find them. I might even teach Vol. 1 in one of my WGS courses some time.