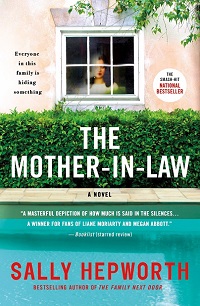 Another neighborhood book club pick that provided a pleasant escape from reality while also reminding me to be grateful for my reality. My mother-in-law is the best, and I’m pretty sure she’s not a target for murder. Probably the funnest part of the book is that it’s set in Australia, so occasionally someone says “G’day” or “mate!” Although it went back and forth from past to present and also switched perspectives consistently, this was not quite as “clever” in structure as Girl on a Train, nor did it seek to be. Reading it was kind of like watching a movie that was made for Netflix–you don’t expect much other than to be entertained for an hour. You hope you’re not bored or offended, and mostly, you’re not.