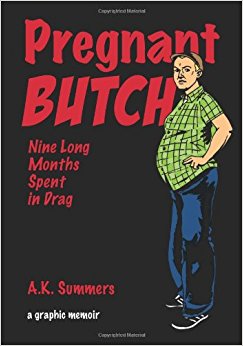 I don’t remember how I discovered Pregnant Butch: Nine Long Months Spent in Drag by A. K. Summers, but I wanted to read this graphic memoir badly because pregnancy IS a kind of drag, but not always a fun kind of drag. I’ve found it to be a totally alienating and disabling condition, all four times I’ve been pregnant. And I’m cis-gendered with femme tendencies, and partnered with a dude, so I enjoy many of the privileges that come with being visibly pregnant that are denied to our butch lesbian hero, Teek.

Still, Summers describes much of the same perils that plague all pregnant people: the need for emergency snacks (“did I forget to pack more nuts?”), the inability to climb a staircase without sound effects (“groan” “pant” “gasp”), inappropriate questions from everyone (landlord, lesbian community), bouncing-fetus-on-bladder, random crying on public transportation… All the fun stuff, with an extra butch spin.

Plus, Teek is adopted, and eloquently explains the adoptee’s “longing for that indisputable kinship” (51). The kind of longing that would lead to DIY insemination rather than going the adoption route, like Dan Savage did (another excellent non-hetero-normative family-making memoir that I totally recommend).

I loved the frame in which they find out the sex of the baby, where Teek reminds us: “You can find out the sex (*unless your child is intersex), but that’s not guarantee of gender” (53). The accompanying illustration is of a boy in a ballerina costume. This leads Teek into few more frames considering the ways that gender theory has advanced to suggest that “social construction of gender is an outmoded concept”… and “It’s an anxious time to be a butch” because testosterone seems to suggest there’s an indisputable biology/science behind masculinity (53). [In Intro to WGS, we still teach social constructionism (and gender performance–students tend to really love Judith Butler); should we be going beyond that? Are we outmoded? Could teaching this book open up that conversation? Wait, fun reading has become work again. See how fast that happens?] 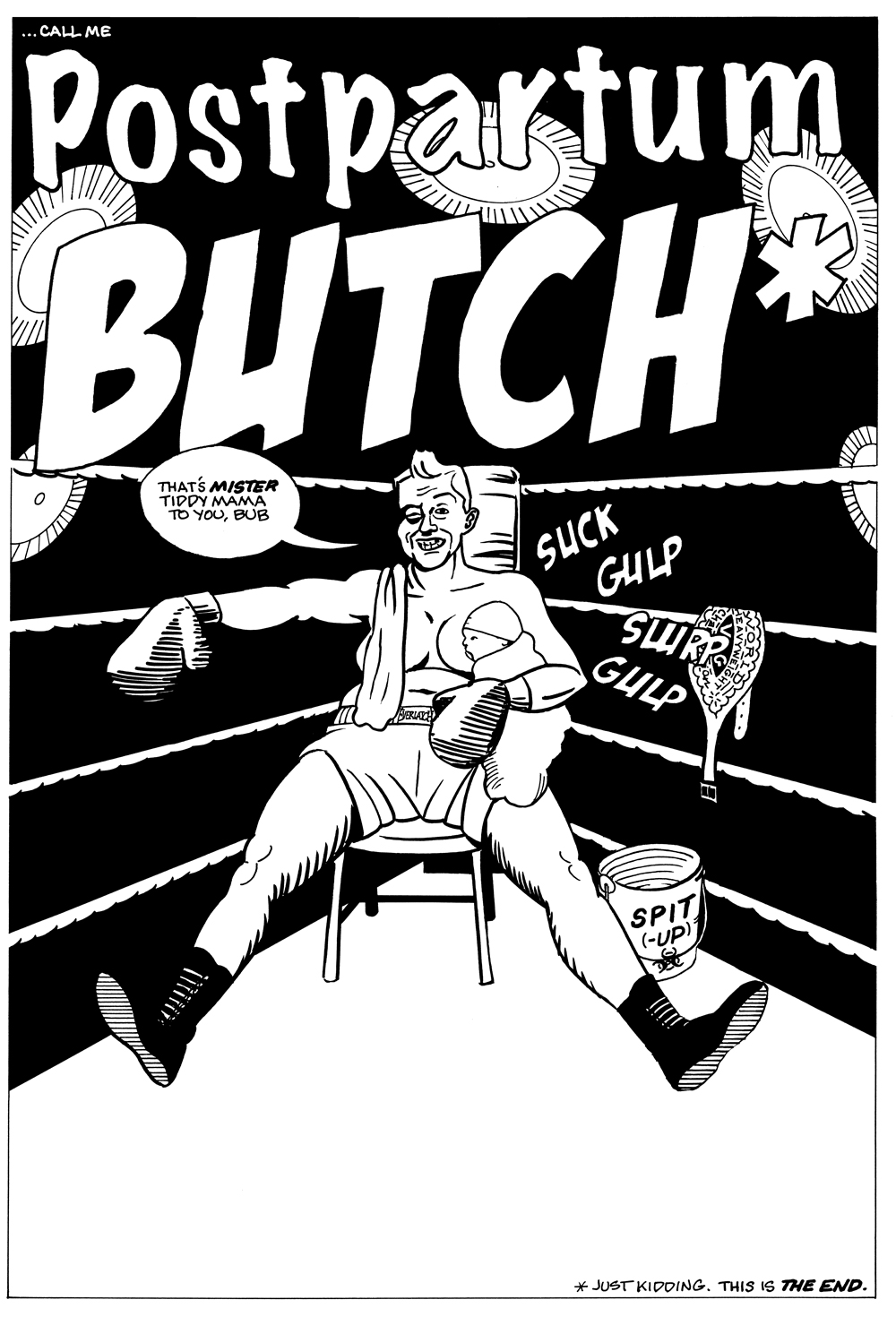