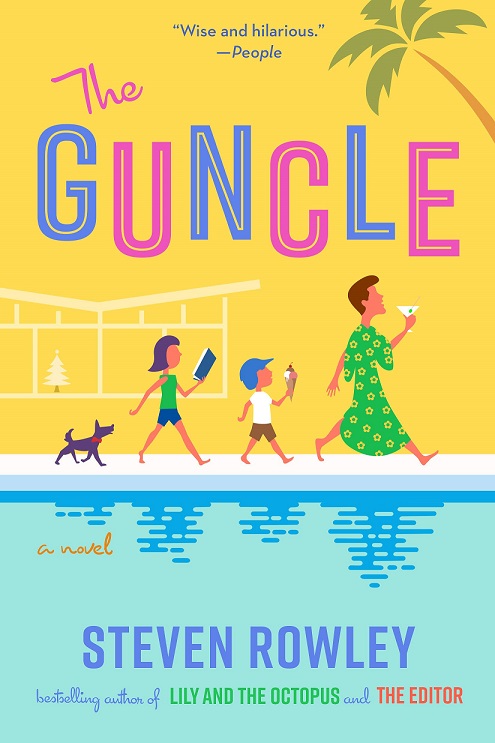 If you’ve never read Patrick Dennis’s Auntie Mame, you might miss out on some aspects of Guncle. So go read that, then listen to the Broadway musical (Angela Lansbury and Bea Arthur!). Done? Fabulous! Steven Rowley has written the perfect beach read, set against the–unintuitively–both torrid and pastel-painted backdrop of Palm Springs. The endearing story has Gay Uncle Patrick taking in his little niece and nephew for the summer after their mother’s death and while their father goes to rehab. He teaches them a lot about his world–brunch, caftans, etc.–and they teach him how to be a social creature once again (he “retired” from work as a TV star following the death of his beloved partner). There are lots of little nuggets of wisdom (ok, maybe they’re cliché, but I’m on vacation here) such as “People who love each other fight. The opposite of love isn’t anger. It’s indifference.” There’s also some decent insight about being gay, as when Patrick informs his critical older sister: “What do you think gay people do? Have done for generations? We adopt a safe version of ourselves for the public, for protection, and then as adults we excavate our true selves from the parts we’ve invented to protect us. It’s the most important work of queer lives.” Most importantly, the writing is good: fast-paced and laced with cultural allusions (e.g. Sound of Music, Golden Girls, etc.) for readers of, erm, my generation to delight in.