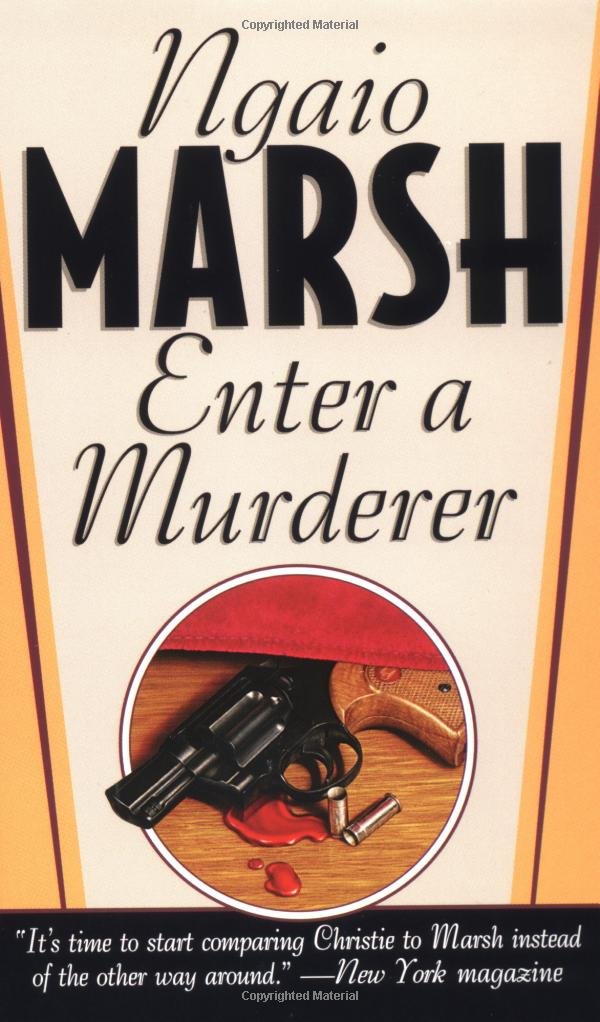 The second detective novel by Ngaio Marsh featuring the almost imperturbable Roderick Alleyn does not disappoint. This one develops the friendship between Detective Alleyn and the journalist Nigel Bathgate. I don’t want to call him the “Watson,” but maybe he’s intended to be. Nigel’s love interest, Angela North, “does not come into this story,” or so we are explicitly told not once but twice in the novel. I wonder if Marsh is just playing with her reader? Dorothy L. Sayers opined that a love interest ruins a good crime story, but she meant for the detective, not the Watson. Actually, Alleyn seems to flirt with the idea of a romance in this novel, but in the end, I’m not actually sure whether this was part of the snare he was setting for the murderer. Marsh is good with ambiguity.
The particularly fun thing about this plot is that the murder happens on stage during a play, and all the actors and stage hands are then suspects. This device allows Marsh to take a lot of amusing, savage digs at actors and their *DRAMAH*.