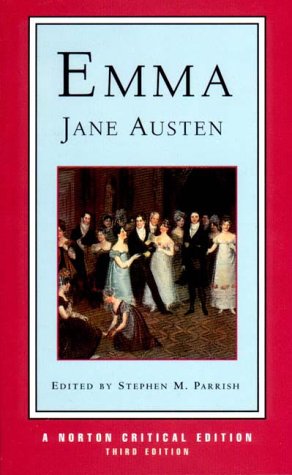 2017 is the 200th anniversary of Jane Austen’s death. I’m not sure why that is something to celebrate, but whatever. Austen fans are a peculiar breed. I am not one, though I’m close friends with a several. As someone who specializes in Victorian literature, I’m often mistaken as a Jane Austen fan. Even by people who know that Austen was not Victorian. Whatever. I tend to not like Austen because her plots are loaded with ironic attachment*, witty dialogue and not much action beyond people trying to marry other people. To me, this is a boring topic. I tried to like this novel, and to that end, I sought out literary reviews and criticism to teach me how. Here’s a goodly explanatory essay from the Guardian. It explains how Austen innovated a narrative style called “free indirect discourse,” a device I’ve always had difficulty explaining to students. I also read a bunch of the essays in the back of this Norton edition of the novel (a freebie from one of the friendly Norton representatives that help us professors out–I have an entire series of Norton editions of Jane Austen novels in my work office. I decided that this was the summer at least one of them would get dusted off).

From the criticism, I’ve learned that there are some basic positions on this novel. One of the standard positions argues that if you don’t like Emma, it’s probably because you don’t understand it. A. C. Bradley’s lecture (1911) says so:

In all her novels, though in varying degrees, Jane Austen regards the characters, good and bad alike, with ironical amusement, because they never see the situation as it really is and as she sees it. This is the deeper source of our unbroken pleasure in reading her. We constantly share her point of view, and are aware of the amusing difference between the fact and its appearance to the actors. If you fail to perceive and enjoy this, you are not really reading Jane Austen. Some readers do not perceive it, and therefore fail to appreciate her.

Well, initially I thought this described me: I don’t get Austen; therefore, I must not be bright enough to appreciate her. Bradley would have it that I’m not “really reading” Jane Austen (even though, you know, 7 years of graduate school did teach me to really read the hell out of anything, including a tampon box–I mean really, I can read anything–with the grain, against the grain, you name it). But the problem is, I do get Austen’s work and I don’t find it amusing. Austen is incapable of seeing real working-class people; they simply don’t exist for her except occasionally as pure plot device: the gypsies who appear to threaten the ladies in Emma for example. They are not flesh and blood, just low(er)-class bogey-folk. Their sole purpose is to allow Frank Churchill the pleasure of rescuing a terrified Harriet from a begging child, so that Emma can contemplate Harriet’s match and her own feelings towards Frank. I find this dull. I want the story of the gypsies instead. I realize this was not possible until later in the nineteenth century (Eliot’s condescending displays in Adam Bede, or Dickens’ comical/poignant ones), but that accident of history doesn’t mean I need to love Jane Austen despite her blind spots. I think my reading of Austen extrapolates from Raymond Williams’s reading in The Country and the City–something about what is knowable and what is not knowable in the communities elaborated in fictions from the time.