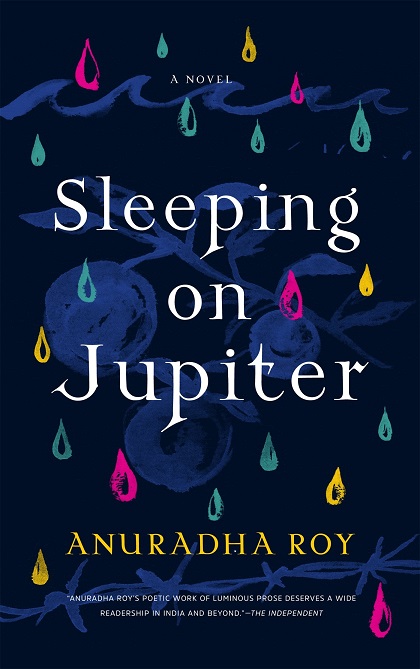 I liked this book, and I read it rapidly. I did think that Manil Suri’s review in the NYT was unfair. Roy did not leave as many loose ends in the plot and her prose is not as purple as he makes it out to be. This is really a novel about child sexual assault by a corrupt Indian godman, but the subplot that I found most compelling was the frame tale of three old women traveling together. I’d like a sequel about their lives before and after this trip.

In 2000, I took a train from Mumbai to Sai Baba’s ashram near Puttaparthi. I stayed in a friend’s apartment for a week, rented a rickshaw to drive around (different story), and visited the ashram for bhajans. My friend was a devout follower, a Western woman who visited her apartment annually. (See Gita Mehta’s Karma Cola…) The ashram has it’s own ATM office. I was not as captivated by Sai Baba as she was, needless to say. But I want to think he was a good person and a genuine spiritual leader. Who knows?

The protagonist here is Nomi, a documentary filmmaker from Oslo, but she’s really a war refugee who washed up on the southern Indian coast and was taken in by Guruji to be raised in the charity school attached to his ashram. Later she escaped and was adopted by a Norwegian woman. She’s returned to India to make a documentary about religious tourism (or something). Her assistant is an Indian man running away from a wrecked marriage. There is also a subplot about a temple tour guide who is love with a chaiwallah’s rentboy. There are a few different threads to follow, but Roy is a beautiful writer. I will definitely be reading more of her work.