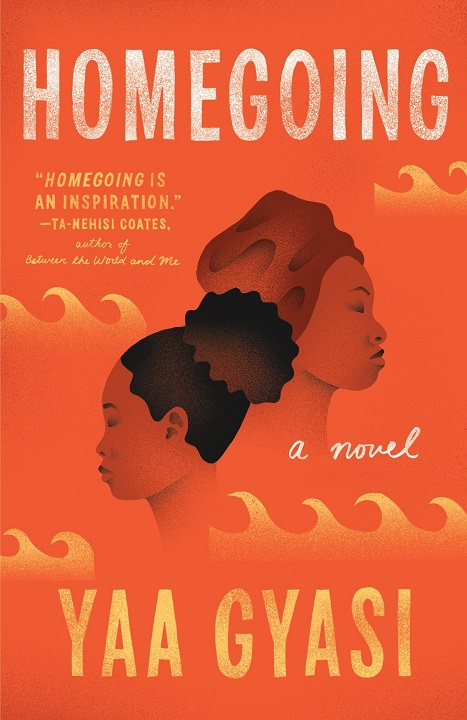 Phenomenal storytelling–I was mesmerized by the very balanced structure of the text. There’s an elaborate family tree at the front of the book that I kept returning to, as I read each chapter. The chapters cover an individual character’s life (or brief episodes in their life), from two half sisters Effia and Esi in the eighteenth century down through great great (etc.) grand children Marjorie and Marcus. Effia’s family line stays in Ghana, involved in the Gold Coast slave trade and the Asante wars. Esi is traded to America and her family line experiences plantation slavery, emancipation, coal mines and chain gangs, and the Civil Rights movement. One thing Gyasi does so well is telling parallel stories without romanticizing the experience of Africans who stayed in Africa. (They had to deal with British imperialism, Christian missionaries, wars for freedom, and their own participation in the slave trade, among other things.) I did wish the chapters were longer–I wanted to stay with some of these characters longer. Some of their stories were excruciatingly sad; all were gripping.

My favorite chapter was about Yaw, an anti-colonial intellectual scarred physically and emotionally by his mother whose visions and sleeplessness caused her to set fire to their family home. I liked this one most probably because it ended somewhat happily. Here’s an excerpt from midway through the chapter:

Since they’d met five years before, Esther had been the one to encourage his homecoming. She said it had something to do with forgiveness, but Yaw wasn’t certain that he believed in forgiveness. He heard the word most on the few days he went to the white man’s church with Edward and Mrs. Boahen and sometimes with Esther, and so it had begun to seem to him like a word the white men brought with them when they first came to Africa. A trick their Christians had learned and spoke loudly and freely about to the people of the Gold Coast. Forgiveness, they shouted, all the while committing their wrongs. When he was younger, Yaw wondered why they did not preach that the people should avoid wrongdoing altogether. But the older he got, the better he understood. Forgiveness was an act done after the fact, a piece of the bad deed’s future. And if you point the people’s eye to the future, they might not see what is being done to hurt them in the present. (237-8)